The frustration over my great-grandfather’s cause of death not being documented on his death certificate had been brewing for three years. 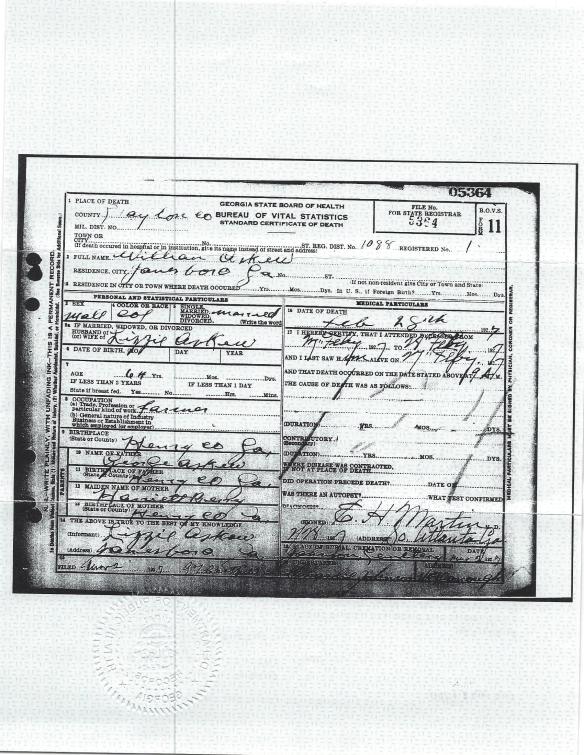 I was angry.  How could such an oversight be made?  I charged it to racism.  I believed that those responsible for documenting and keeping record of his death just didn’t care.  After all, it was the era of Jim Crow and many whites believed “the only good negro was a dead one.”  Just documenting that the man was dead would be enough.

A couple of days ago, a cousin shared some recently found documents with family members.  One of the documents was William Askew’s death certificate.

It was the same document, but the one shared by my cousin has the primary and contributory (secondary) causes of death clearly documented.

The release of my frustration has now been replaced with confusion.  I am grateful to have this copy in my possession.  This proves that there was no oversight, nor negligence.  I have mentally issued an apology to all parties I internally cursed.  Now, I know why and how he died, but why does he have two version of the same death certificate?

I have no idea how to begin, or even, where to begin to investigate this.